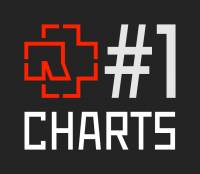 We recently announced that Rammstein's new album is first of France's and Germany's charts. But that's not all, the album is a real international success!

In 12 other countries, the album has reached the top of the charts: Austria, Belgium, Denmark, the Netherlands, Norway, Finland, Estonia, Portugal, Switzerland, Russia, Poland and Canada.

In 8 countries, the album is in the top 5: Sweden, Great Britain, Italy, Spain, Australia, Czech Republic, Latvia and Lithuania.

Last but not least, the new album is ranked 9th in the United States. This is the first time Rammstein enters the top 10 of this country!
Herzeleid XXV Anniversary Edition Herzeleid25.com Rammstein are back in studio Rammstein win an Heavy Music Award Photo book Europe Stadium tour 2019 Berlin Commercial awards 2020 The 2020 North America Stadium tour is officially rescheduled to 2021 Rammstein is going to work on new songs The North America Tour 2020 will be postponed Photo book Ausländer
Back to top