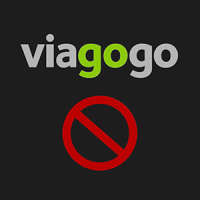 The Hamburg District Court has now issued a preliminary injunction against Viagogo AG. The injunction bans Viagogo from selling tickets on www.viagogo.de for Rammstein's 2019 stadium concerts in Germany, from claiming that the tickets are valid and from using Google AdWords to advertise the tickets.

The preliminary injunction was obtained by the following law firm in Hamburg: LICHTE Rechtsanwälte. Sebastian Ott, lawyer, states: The court's decision is a warning sign to anyone who thinks they can sell hugely overpriced and invalid Rammstein tickets and advertise these on popular search engines. The band is pleased with the district court's decision and with the ban issued by the court.

This is an opportunity for us to remind you that you should never order tickets on unofficial platforms. The exorbitant prices on Viagogo are not the only problem: electronic tickets can be falsified or sold to several people. There is a risk for you to not be able to attend the concert.
Rammstein is going to work on new songs The North America Tour 2020 will be postponed Photo book Ausländer The 2020 Europe Stadium tour is officially rescheduled to 2021 The making of a photo session for the last album New book by Till Lindemann and Joey Kelly Documentary with Flake and Joey Kelly on Arte.tv Rammstein's Europe Stadium tour 2020 will not take place New official communication about the 2020 tour 2020 tour: Rammstein is monitoring the situation
Back to top