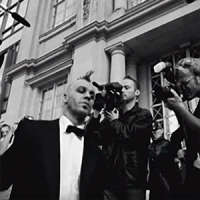 Thanks to castings published on the Internet, we have details on the next two Rammstein videos. Beware, the following paragraphs contain spoilers. Don't read if you want to keep the surprise!

The first video will be shot on January 18th in Berlin by the production company Bigfish. Chances are that the director is Philipp Stölzl, not only because he works with Bigfish, but also because he already directed Du hast, Du riechst so gut'98 and Stripped. A casting is looking for men and women between 30 and 60 years old, not bothered to appear naked on the video.

The second video will be shot by Joern Heitmann on January 26th, also in Berlin. Joern directed several of the band's iconic videos: Sonne, Ich will or Haifisch. A casting is looking for two characters: a man between 35 and 50 years old with bad teeth that can play a typical working man from 1920s-1950s. And his wife (30-45 years old). The video is described as such: a wild clip in a historical style. A woman from the 1920s-1950s freed herself from the classic model of the women of the time. She does not hesitate to pour coffee on her husband's shirt and to climb on barricades.
Travel journal for the Europe Stadium Tour 2022 Setlist of the Europe Stadium tour 2022 "Zeit' tops the German and French charts Duo Jatekok and Duo Abélard will be support acts for the 2022 Stadium Tour Video shooting in Paris Official denial about Rammstein's 2023 tour announcement Video for « Angst » Reviews of the album "Zeit" "Zeit" in cinemas with « Angst » video premiere Dress rehearsals on 11 and 13 May
Back to top