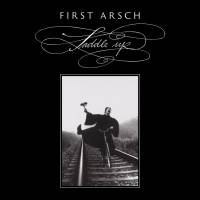 First Arsch's unique album Saddle Up, released in 1992, will be re-issued on February 19, 2021 on 180-gram vinyl, including a 28-page booklet of unpublished photos from the 90s. Pre-orders are open on the RammsteinShop, with white artwork and black vinyl, or black artwork and white vinyl. The digital edition is already available.

First Arsch is a punk band from Schwerin, founded by Till Lindemann and Jörg (Steve) Mielke during the GDR era. Paul Landers and Richard Kruspe joined them on guitars.