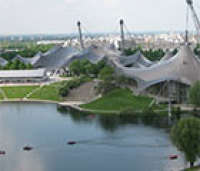 The regional administrative department of the state capital of Munich has forbidden the sold-out Rammstein concert planned for 20 November 2011. A Bavarian court has rejected the application of the local concert-presenter, Propeller Music, to hold the concert on Totensonntag (a Sunday devoted to commemoration of the dead). Why a Rammstein concert is banned appears entirely arbitrary, when dozens of other concerts are allowed to take place. Administrative records in Munich show that in the past years approximately 130 concerts of all musical styles have taken place on "stillen Tagen" (the so-called "quiet days").

The Rammstein concert is postponed to Tuesday, 22 November 2011. All tickets sold for the 20 November 2011 concert remain valid and so entitle entry to the concert on 22 November 2011. Whoever is prevented from attending the concert on 22 November 2011 can return his or her ticket by email to muenchen@rammsteinshop.com to receive the refunded purchase price.
The North America Tour 2020 will be postponed Photo book Ausländer The 2020 Europe Stadium tour is officially rescheduled to 2021 The making of a photo session for the last album New book by Till Lindemann and Joey Kelly Documentary with Flake and Joey Kelly on Arte.tv Rammstein's Europe Stadium tour 2020 will not take place New official communication about the 2020 tour 2020 tour: Rammstein is monitoring the situation Official statement regarding Till
Back to top