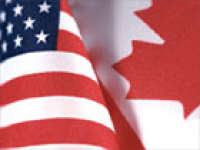 Following the conclusion of its European tour in spring 2012, Rammstein will perform their retrospective Made In Germany 1995-2011 in North America as well! 21 concerts from April to May 2012 have been confirmed so far.

General presale will be staggered over three weekends in November/December 2011, starting on November 18. Links to the official ticket offices will follow shortly on Rammstein.com.

LIFAD members will be able to secure tickets one day earlier. Further information will be announced later this week in the LIFAD fanclub.
The North America Tour 2020 will be postponed Photo book Ausländer The 2020 Europe Stadium tour is officially rescheduled to 2021 The making of a photo session for the last album New book by Till Lindemann and Joey Kelly Documentary with Flake and Joey Kelly on Arte.tv Rammstein's Europe Stadium tour 2020 will not take place New official communication about the 2020 tour 2020 tour: Rammstein is monitoring the situation Official statement regarding Till
Back to top