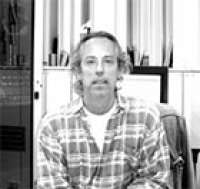 Stefan Glaumann, the Swedish sound engineer who mixes all Rammstein's studio and live disks since Mutter, posted a message on his Facebook page: Mixing Rammstein again but now - Live concert from Paris, 5.1 and Stereo.. This refers to another message posted by Stefan last May, when he indicated that he was mixing the Madison Square Garden concert of New York.

This is excellent news, which proves that the work on the next Rammstein live continues. We still don't have any news about its release however.
The North America Tour 2020 will be postponed Photo book Ausländer The 2020 Europe Stadium tour is officially rescheduled to 2021 The making of a photo session for the last album New book by Till Lindemann and Joey Kelly Documentary with Flake and Joey Kelly on Arte.tv Rammstein's Europe Stadium tour 2020 will not take place New official communication about the 2020 tour 2020 tour: Rammstein is monitoring the situation Official statement regarding Till
Back to top