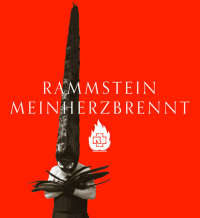 The retrospective includes the band's complete video catalog, making of for each video plus 2 unreleased videos for the song Mein Herz brennt.

Mein Herz brennt, from the 2001 album Mutter, comes out as a single for the video collection on December 7th, 2012. Especially for this release a new piano version of the song has been recorded. The single also includes the previously unreleased track Gib mir deine Augen.

The video of Mein Herz brennt (piano version) will premiere on the Rammstein website on December 7th, 2012!

More information coming soon!
The North America Tour 2020 will be postponed Photo book Ausländer The 2020 Europe Stadium tour is officially rescheduled to 2021 The making of a photo session for the last album New book by Till Lindemann and Joey Kelly Documentary with Flake and Joey Kelly on Arte.tv Rammstein's Europe Stadium tour 2020 will not take place New official communication about the 2020 tour 2020 tour: Rammstein is monitoring the situation Official statement regarding Till
Back to top