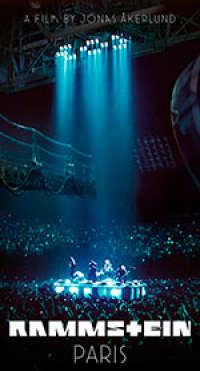 Last May we wrote that "Rammstein Paris", a film directed by Jonas Åkerlund, was projected at Festival de Cannes (read the news). At the time, we thought it was a documentary, but it is actually a 1h38min summary of the yet to be released DVD/Blu-ray of Paris 2012.

Today, we learned that this 1h38min version of "Rammstein Paris" will be projected in many German theaters on November 14th. It should be projected in other countries as well but we don't have details yet.

The release of the DVD/blu-ray should coincide with the film's release in theaters, as was the case for Rammstein in Amerika last year.

» Click to see the poster of the film in large size
Rammstein is going to work on new songs The North America Tour 2020 will be postponed Photo book Ausländer The 2020 Europe Stadium tour is officially rescheduled to 2021 The making of a photo session for the last album New book by Till Lindemann and Joey Kelly Documentary with Flake and Joey Kelly on Arte.tv Rammstein's Europe Stadium tour 2020 will not take place New official communication about the 2020 tour 2020 tour: Rammstein is monitoring the situation
Back to top