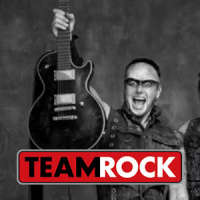 TeamRock.com interviewed Richard and Paul on the occasion of the release of Rammstein: Paris. Both guitarists claimed that Rammstein is working on his seventh studio album, 4 days a week (Monday-Thursday). Here are selected excerpts of the interview:

It's a good spirit. It almost feels like the first record Herzeleid: we all get together and everyone contributes their ideas to the songs

At the moment we have 30 ideas, some with lyrics, and some not. We're working on the vocals

We even try unusual methods, new ideas, and change the path that one usually has. We might consider another producer.

We're working as fast as we can. But Rammstein really wants to be about quality more than quantity, and we really want to make sure it's going to be good. But we're not taking another year off.

Richard said that a third album of Emigrate is still in the pipes. A duet with Till is even planned, entitled "Let's Go".
Till celebrates its 60th birthday! Happy New Year 2023! Flake on the 2023 tour: same stage, new songs Interview about Zeit's Dolby Atmos mix Zeit is gold-certified in France and album of the year in Germany Video for "Adieu": interpretation, references, testimonies of extras « Adieu » video premiere Interview with Sky Van Hoff about Richard's live sound Next single: Adieu ! Olaf Heine: « Human Conditions »
Back to top