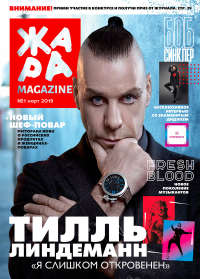 Till gave an interview to the Russian magazine ЖAРA. According to him, Rammstein has composed enough in recent years to release an additional album after the next one, scheduled for May 17, 2019.

To the journalist's question Your guitarist Richard hinted that the album, which everyone has been waiting for so long, will be the last album. Is that true?, here's what Till said:

I don't think it's the last album. We've worked so hard, we've got so many songs, that we're actually ready for the next album. And, of course, we won't be able to give it up for nothing. But imagine, we haven't released an album in ten years. We performed a lot and that's why we left the studio work. It's not easy to get back together. We've been working on this new album for the last three years, and we have to get used to it all again. Of course, when people get tired of working, they say, "All right, that's it!" So I know exactly what Richard meant. After three years of hard work, the man is simply tired.