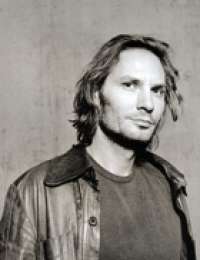 In an interview to Sächsische.de, unearthed by our colleagues from RammWiki.net, Sven Helbig, who composes some orchestral parts for Rammstein, talked about the new Rammstein album. It should be noted that the date of the interview is not known.

When will the new Rammstein album be released?


The band itself does not know at the moment. The trivial reason: the lack of paper. You have to be able to send a lot of disks, so a lot of booklets and sleeves, all over the world at once. And this is probably not feasible at the moment.

But you have finished your work?


Yes, my work is finished. Two weeks ago, I finally delivered. For the band, this hang-up is now boring. The six members of the band don't know when the album will be released, they don't know if the tour will happen this year. They want to move forward, they want to play, but instead, like almost all musicians, they are sitting around twiddling their thumbs, waiting for decisions to be made.

Can you reveal some details?


Everything is kept secret, but it's difficult anyway, because the band often delivers songs at the last moment, or changes them. Till doesn't want to rewrite a text, but Richard thinks it's stupid. Or the guitarists can't agree on a riff. A song is already finalized. With previous albums, I often looked forward to something I heard that I thought was great.