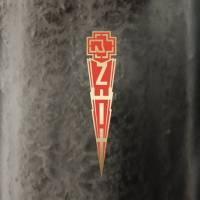 Zeit kommt ! Rammstein's new album will be called "Zeit" ("Time") and will be released by mid-May! This will also be the name of the first single, whose video will make its premiere on Rammstein.com this Thursday, March 10 at 5pm CET!

The tracklists and covers of both the album and the single should be revealed soon.