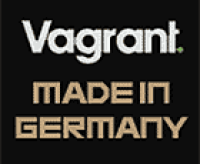 Vagrant, the label that distributes Rammstein in the United States, sent a press kit concerning the best of Made In Germany 1995-2011 to distributors.

The press kit also states that the Mein Land video is expected to be released 4 weeks before the best of (meaning soon) and that a United States tour is planned for spring 2012. The remaining information is about the marketing plan.

While this information is official, it concerns the U.S. only. The release date, and editions may differ in other countries.
Video for "Adieu": interpretation, references, testimonies of extras « Adieu » video premiere Interview with Sky Van Hoff about Richard's live sound Next single: Adieu ! Olaf Heine: « Human Conditions » Rammstein's initial stage design in stadiums revealed Report on the Mexico City concerts Shooting confirmed in Mexico City Additional concerts for the 2023 tour Europe Stadium Tour 2023
Back to top