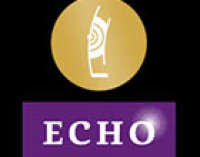 We learned on February 2 that Rammstein has been selected for the 2012 Echo Awards in the category "best German video" for Mein Land.