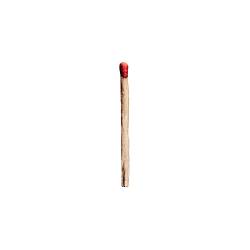 It all began in May 2015. Rammstein is taking a break and Till launches his solo project Lindemann. During an interview, he said that Rammstein will meet in September 2015 to start composing. Indeed, in October 2015, the official website posts a photo of the band improvising in Christoph Schneider's personal studio. The album is on its way!

Given the tensions that had existed during the composition of the previous album Liebe ist für alle da, two decisions are taken early:

During the 2016 festival tour, Rammstein unveils the song Ramm-4, composed at the end of 2015. It is build for live performance: the choirs and chorus are made to be sung by the crowd. Ramm-4 is introduced by a huge electro sample from Flake, who said in an interview: We wanted to show the world that we are still together and that we are creating new music.

After the tour, Rammstein resumes the composition of the album at the end of 2016. Apart from Ramm-4, the songs are still in an embryonic stage. Richard mentions 35 drafts in a March 2017 interview. The objective is to finalize some of them, merge others, and abandon the rest. The number of drafts is reduced to 28 in August 2017. The composition work continues until spring 2018, four days a week: Monday to Thursday. As planned, Rammstein returns to the stage in the summer of 2017.

In April 2018, Rammstein finally enters the studio, with 16 demos finalized. The recording takes place until May at the studios La Fabrique, near Nîmes in the south of France. For the anectode, some guitar riffs had to be re-recorded due to a slight detuning.

In mid-September 2018, the official website announces that choirs and orchestral parts are registered in Minsk.

In October 2018, Richard confirms in an interview that the songs will be mixed in December by Rich Costey (Muse, Sigur Rós) in Santa Monica, CA, USA, with Olsen Involtini and Richard himself. The two weeks planned are not enough to mix the 16 songs and only 11 songs are finalized.

All editions have the same tracklist, only the format varies.

The release date for the new album of Rammstein is set to May 17, 2019 worldwide.